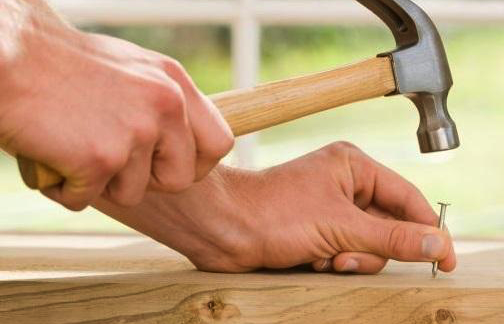 The resistance that a lot of people have to the term privilege is four-fold:

The problem is that all these objections are based upon a combination of fundamental misunderstanding and unfounded fear.

Let’s start by defining just what privilege is – which is the misunderstanding that forms the basis of Resistance #1.

Privilege comes in a variety of forms. But in the United States whiteness is the primary bestower of privilege, while maleness is the cherry on top, conferring ultimate privilege.

It’s true that white men – and especially white male privilege and toxic masculinity – are receiving a tsunami of criticism in 2019 America. So if you happen to be a white man, I’d imagine it doesn’t feel like everyone everywhere holds you up as the standard for what is good and right these days.

But despite the criticism, there is still deeply embedded in our collective psyche the idea that white men are IT. Your name, your face, your voice – all these are prized:

What this means is that while everyone strives to be seen, to be valued, to be rewarded, you have a big head start if you are white and male. You are already what everyone thinks of when they hear the words doctor, managing director or professor. THIS is privilege.

Does privilege mean that you don’t have to work hard? Or that you were handed success on a silver platter? Or even that your life hasn’t sucked?

Absolutely not. What it means is that in a world made of nails, you were born with a hammer in your hand, while many others were born with only a screwdriver.

Let’s Use a Metaphor to Describe Privilege

This metaphor of the hammer vs the screwdriver seeks to further explain how “white privilege” really just means “the advantage of being white.” But it also addresses the additional 3 objections white people have to the label of privilege.

Privilege means that in a world in which the object of the game is to hammer as many nails as possible so you can beat the other guy to the pinnacle, you aren’t competing against everybody. In reality, your only real competition comes from your fellow hammer-holders.

Sure, there’s the occasional screwdriver person who gives you a run for your money. Maybe he or she was born with a really big, heavy-duty screwdriver (educated parents, affluent neighborhood, or simply strong personal attributes). So even though it’s far from optimal and it gives her all kinds of blisters, she’s figured out how to turn the screwdriver around and use its handle to pound nails.

And damn if she’s not pounding even more nails than you are. Just imagine what she could do if she were allowed to use a hammer like yours!!

So there’s a fear. It’s hard to admit that you’ve been given an unfair advantage, when even with that advantage, you’re having a hard time doing as well as you’d like against your competitors.

You might point to the fact that you’ve had a really rough time in life too, that nothing has been “handed” to you. Going back to our metaphor, you might argue that the hammer you were born with is a crappy, lightweight tack hammer. And if so, you may have spent your life looking enviously at all those born with professional grade claw hammers, and feeling like you’re the disadvantaged one.

So this whole idea that you’ve been born with some kind of an advantage just seems ludicrous to you. You’ve had to work so hard to make up for the deficiencies of your crappy little hammer!

This may be true. But turn around and look at the person way behind you, the one whose tool is a screwdriver – and a tiny, flimsy one at that.

The person whose only option is to tap tap tap tap tap – slowly and carefully – on his nails with the tip of his screwdriver. It’s obvious that he’s never, ever going to get many nails pounded. But you’ve gotta give him credit for his perseverance.

Or the person working beside him, who’s also got a tiny flimsy screwdriver. He sees the woman just ahead of you, using her screwdriver’s handle like a hammer, and he’s trying to do the same.

But every time he smacks a nail with HIS screwdriver’s handle, a piece chips off, and the nail only sinks partway into the wood. After just a few nails, his screwdriver’s handle splinters in two. So he tries to hold it together with his bare hands as he pounds a few more nails. But it chips some more, he bashes his hand, and he finally throws down his broken tool in disgust and surrender.

You look down at the smallish hammer in your own hands. It’s not that great, but it is sturdy. Every time you’ve gone after a set of nails with vigor, you remind yourself, your little hammer has supported you. It has converted every bit of your effort into results.

So you’ve got compassion for the people with only screwdrivers, you really do.

But damn! You’ve been working hard your whole life, and you’re getting close to your pinnacle. You’ve been following the rules as they were set out at the beginning of your race, and you’ve successfully bested a whole bunch of people with even bigger hammers than you.

You’ve made a lifetime of calculations about how many people you’re competing against, and what that means for your chances of making it to the pinnacle.

Part of your calculation is the fact that there are a whole bunch of people trying to hammer nails just like you – but they’re doing it with screwdrivers. So naturally, the vast majority of them are behind you. They don’t have a chance of making it to the pinnacle, at least not ahead of you.

And now someone’s coming along suggesting that everyone with a screwdriver should suddenly be given a hammer instead??

You might still beat some of these newcomers to the pinnacle – but you know there’s no way you’ll beat all of them. So the net net result to you is that your success would be in jeopardy, and instead this screwdriver person would take your place.

YOUR place. The place within the pinnacle that you’ve spent a lifetime feeling belonged to you. Not because it was being HANDED to you, you’re eager to remind everybody, but because there was a set of rules that everyone has been playing by. Rules that gave you a hammer, while other people got only screwdrivers.

And for those rules to be changed halfway through the game – halfway through YOUR game – feels blatantly unfair to you. After all, you didn’t write the rules. It’s not your fault that some people only were given screwdrivers.

And you know what? You’re right. It IS unfair to change the rules of the game right in the middle of it.

But weren’t the rules unfair in the first place? If the game is to see who can pound the most nails into wood the fastest, isn’t it patently unfair to not give every player a hammer?

And while you might enjoy the fact that you’ve been given a hammer, can’t you acknowledge that there’s no good reason for it? You didn’t do anything to earn your hammer, any more than the person behind you deserves the punishment of only having a screwdriver.

This is the essence of Resistance Points #2 and #3 – if you admit that you’ve got an advantage, then what will be done to you in order to even that out? What will be taken away? And how is it fair for someone else to just be HANDED the success you’ve worked so hard to earn?

But hopefully now you can see that you’re not being punished; nor is anyone else being handed any unearned goodies. By acknowledging that white skin & maleness confers advantages – and then working to eradicate or even out those advantages – we’re really just making things fair, like they should have been from the very beginning.

Which brings us to Resistance Point #4.

It’s not your fault, personally and individually, that some people only have screwdrivers. And yet it can feel like you’re being blamed, personally. Especially if you’re stuck on this idea that giving hammers to screwdriver people is tantamount to inflicting a punishment on you.

I get how you feel that way, I do. And it doesn’t make you a bad person, to react with anger, frustration and even fear when the world around you – the very ground you’re standing on – starts to profoundly shift.

But you’ve gotta work your way through it.

Because the fact is that as hard as you’ve worked to achieve your goals in life, and as much as much as your own effort has contributed to your success, you ALSO had the benefit of your whiteness and your maleness. Your hammer. You had an advantage, relative to the people with only screwdrivers. Or, they’ve been at a disadvantage.

And it’s only fair to THEM to give them the same fair shot you had – a hammer, with which to go after their nails.

Besides, giving them a hammer at this point doesn’t eradicate their disadvantages. You’re still way ahead of them on your total nail count, and they’re gripping their hammers for the first time with blisters and smashed fingers that are gonna take a minute to heal, before they’ll be hammering away at full speed.

Now that we’ve reached the point where we’re talking about different social and economic remedies to the injustice of our hammer and screwdriver world – aka white male privilege – you might protest that there’s nothing you as an individual can do anyway.

You also might point out that if we’re having a conversation about the injustice of screwdrivers, then who do you need to talk to about replacing your crappy little tack hammer?

I agree with you. If we’re really going to talk about evening out injustice, we can’t stop with giving hammers to screwdriver people. We ALSO have to talk about the relative size of everyone’s hammers.

But the first step – and the one you can take personally and individually – is acknowledge that if you have white skin, and if you identify as male, you do in fact have a big advantage over those who do not.

So the next time you see someone not-male and not-white struggling, maybe instead of judging them or criticizing them for how few nails they’ve pounded in, maybe instead have compassion for the lousy screwdriver they’re trying to make the best of.

What are you thinking? Do you agree with me? Think I’m crazy? Tell me all about it – leave me a comment or hit me up on one of these social media platforms: